Notes from The Evolving Self
Stage transition

Chapter 7: The Growth and Loss of the Interpersonal Self 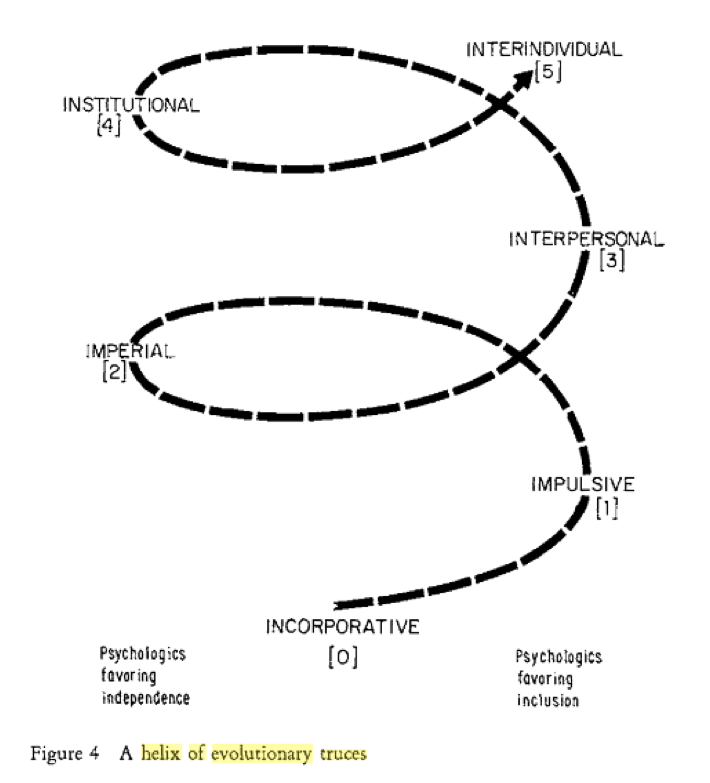 It’s only once firmly embedded in stage 4 that the possibility of further transition can occur, that “ideological forms [can] permit themselves to be relativized on behalf of the play between forms.”